Personality is the way of thinking, feeling and behaving that makes a person different from other people. An individual’s personality is influenced by experiences, environment (surroundings, life situations) and inherited characteristics (genetics). A person’s personality disorders typically stays the same over time. A personality disorder is a way of thinking, feeling and behaving that deviates from the expectations of the culture, causes distress or problems functioning, and lasts over extended period of time.

What are Personality Disorders?

There are 10 specific types of personality disorders and are long-term patterns of behavior and inner experiences that differs significantly from what is expected. The pattern of experience and behavior begins by late adolescence or early adulthood and causes distress or problems in functioning. Without treatment, personality disorders can be long-lasting.

Personality disorders affect at least two of these areas: 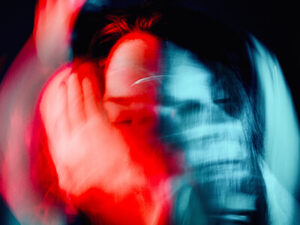 As mentioned earlier, both, genetics and the environment factors contribute towards development of a personality disorder. However, it is important to note that when we say genetics may contribute, we are referring to the innate personality traits with which we are born with that predisposes us to develop the disorder, but not the disorder itself. For instance, a teenager with a family history of depression or anxiety disorders may be more likely to develop a bipolar disorder, as compared to someone with no history of mental illnesses.

Personality disorders can be hard to diagnose if the doctor does not give enough time to the patient and just briefly checks the patient and prescribes the medication. As most people suffering from these disorders (unlike people suffering from anxiety disorders, for instance) believe their behaviors to be normal, a psychiatrist must give time to the patient and at times collateral information is required from the family. This is where the role of family and friends comes in; if you know of a person you think may be going through a personality disorder which is coming in the way of their functioning in daily life, try to have a conversation with them and to encourage them to seek help.

Personality disorders are treated with a combination of medication and psychotherapy. Dr. Mamsa’s multi-modal treatment methodology involves a combination of expertise in psychopharmacology (medical treatment) with psychotherapy. He emphasizes a strong belief in the additive effect of various treatment modalities to work in conjunction rather than simply prescribing medication. For more information, feel free to contact us; we are here for you.