What is a Mood Disorder?

Mood Disorder is a disorder where the patients’ emotional state is affected. In it, the patient may be victim to long periods of extreme sadness, extreme happiness or both.
A person’s mood may be altered due to several factors. However, for it to be diagnosed as a disorder, different illnesses have different criteria. It depends on the intensity of illness and each illness had to have different time line. Mood Disorders can impact a person’s life, making it harder to deal with day to day tasks, interpersonal relationships and occupational relationships.

Two of the most common Mood Disorders are Bipolar Disorders and Depression and it’s related disorders: 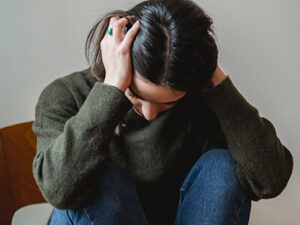 Depression is a disorder in which the patient suffers from persistent feelings of sadness, hopelessness and gloominess that can affect the patients daily life, both mentally and physically.
Depression is not like regular sadness, it can’t simply go away. However, it can be treated over a long period through the use of medicine and psychotherapy depending which type of depression is it.

This is most common of all the depressive disorders. For a person to have MDD , one has to meet the criteria made by American Psychiatric Association , which only a psychiatrist would know. It may be that a person only ever goes through depression once in their life( single episode).
However, multiple episodes may also happen especially if it’s genetic .During these episodes, the any 5 of the following symptoms should be present for minimum of two weeks or more:

Some of the common causes for depression are:

Be it any cause, basically the brain cells don’t have the fine balance that nature has created for them. The most common chemicals produced by the brain is Serotonin , Norepinephrine and Dopamine. An imbalance in these chemicals causes depression

How can Depression be treated?

Dr Faisal Mamsa’s treatment methodology involves a combination of expertise in psychopharmacology ( medication) with psychotherapy. He emphasizes a strong belief in the additive effect of various treatment modalities to work in conjunction rather than simply prescribing medication.