The Diagnostic and Statistical Manual of Mental Disorders (DSM-5) is used by licensed psychologists and psychiatrists to diagnose mental health disorders. The DSM-5 categorizes disruptive, impulse control, and conduct disorders as mental illness affecting a person’s ability to regulate their emotions and behaviors. Kleptomania Disorders in this category can also include those with impulse and behavioral control and problems with authority.

Kleptomania is an impulse control disorder characterized by the inability to resist the impulse to steal. Often the objects that are stolen are not needed, and often times have no significant monitory value. While it is considered normal to have the occasional impulse to steal or to think about the consequences if you were to steal, kleptomania sufferers have these thoughts frequently and are consistently unable to resist the urges.

The DSM-5 states that Kleptomania is hallmarked by ever-increasing tension leading up to the theft, and an intense feeling of gratification or relief after. While kleptomania does cause strong impulses to steal, these thieving events are not triggered or accompanied by hallucinations or feelings of anger or vengeance.

Despite the strong urges to engage in thievery, those diagnosed with kleptomania are generally able to refrain from illegal activities if there is a significant and immediate likelihood of consequences, such as the presence of security guards, policemen, or cameras. Individuals with kleptomania are typically aware of the morality of their actions, and will readily agree that it is wrong to steal. Kleptomaniacs often report feeling guilty during and after thieving instances, and are often fearful of consequences.

Kleptomania typically follows one of three patterns of stealing:

What are the Causes of Kleptomania?

There appears to be a relationship between key neurotransmitter pathways, including systems related to depression (serotonin and dopamine) and behavioral addiction (via the opioid system). There is also a potential relationship between kleptomania and obsessive compulsive disorder (OCD) and substance abuse. Kleptomania is a rare disorder, and is only diagnosed in 0.3-0.6% of the population, and there are 3 females for every 1 male diagnosed, which means that this disorder is mainly diagnosed in women.

Kleptomania most often manifests itself during adolescence, but may also be present in childhood, adulthood, and in rare cases, late adulthood.

When considering suicidal behavior in individuals diagnosed with kleptomania, the impact of co-morbid diagnoses and overall functional impairment has played an almost insignificant role in suicidal ideation, with one study showing 92.3% of suicide attempts in these patients to be directly attributed to kleptomania. However, it is still important for people with kleptomania to seek help in order to improve life quality. 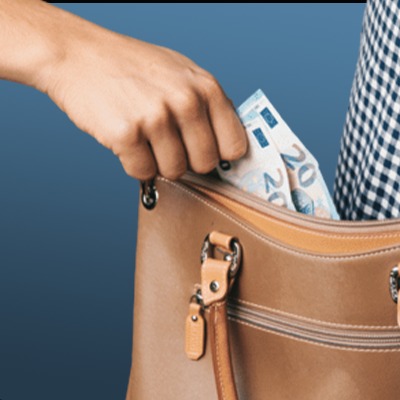 Diagnosis of kleptomania is often based on a combination of patient reports, diagnostic scales, and legal records of thieving. It is important that kleptomania be distinguished from ordinary acts of shoplifting, from other disorders, such as antisocial personality disorder, conduct disorder, manic, psychotic, or major neurocognitive disorders.

Kleptomania often responds best to a combination of cognitive behavioral therapy, with an emphasis on recognizing and coping with the urges related to kleptomania, and the use of psychopharmacology. Lithium, anti-epileptics, and opioid antagonists have proven effective in controlling the urge to steal faced by those with kleptomania, and the use of antidepressants may ease the common feelings of shame and self-loathing that accompany this disorder (Grant & Odlaug, 2008).

There is strong supporting evidence that naltrexone, an opioid receptor antagonist used in the management of alcohol and opioid dependence, may lead to statistically significant reductions in K-YBOCS scores, as well as reported urges to steal and the resulting stealing behavior (Grant, Kim, & Odlaug, 2009).

Additionally, there is evidence that some sub-types of kleptomania may be more similar to obsessive-compulsive disorder than was previously thought, responding well to selective serotonin reuptake inhibitors (SSRIs), while other subtypes more closely resemble mood disorders and addiction, responding to mood stabilizers such as lithium (Grant, 2006) Memantine, a medication typically used in the treatment of Alzheimer’s disease, may be surprisingly effective in improving the overall symptoms of kleptomania.

For individuals with kleptomania subtypes with co-diagnoses of attention-deficit hyperactivity disorder (ADHD) and/or personality disorders, selective case studies have shown that a combination of dialectical behavioral therapy combined with duloxetine as a serotonin-epinepherine reuptake inhibitor (SNRI) may be an effecting treatment strategy (Rudel, Hubert, Juckel, & Edel, 2009).

In one study that considered 101 individuals diagnosed with kleptomania, 68.3% had been arrested, 36.6% arrested but not convicted, 10.9% convicted buy not incarcerated, and 20.8% had been arrested, convicted, and incarcerated following their crimes (Grant, Odlaug, Davis, & Kim, 2009). As such, the legal and social consequences of kleptomania are significant, and there is a great need for extensive research into treatment strategies to help prevent kleptomaniacs from continuing to relapse into thieving behaviors.

Individuals diagnosed with kleptomania should strongly consider remaining in a cognitive behavioral treatment program, as well as working with a psychiatrist to determine whether any of the available psychopharmaceutic medications may be of use to them. I use multi-modal treatment methodology which involves a combination of expertise in psychopharmacology (medical treatment – if needed) with psychotherapy. I emphasize a strong belief in the additive effect of various treatment modalities to work in conjunction rather than simply prescribing medication. For more information, feel free to contact us.